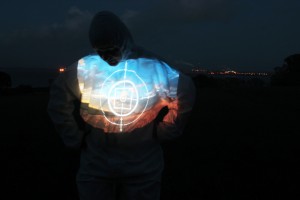 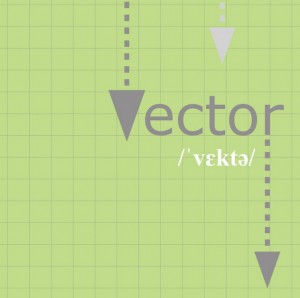 The title Vector is a metaphor drawn from mathematics and physics, the term describes an object with a specific direction and its use in defining various points in space and how these points in space relate to each other. To loosely borrow this term for an exhibition themed around landscape is to actively project out to the viewer the relationship between two different works of art, as if they were two points in space. As if to say the personal expression of each artist in the show is in a conversation with the next artist on display, together they may form new ideas on what it is to live in the land, to live in the world.

Most importantly it was felt that Kilkee, a beautiful idyllic seaside town would provide a fitting context for a landscape exhibition. The world around Kilkee naturally sets the bar very high for any landscape artist to reach. The works selected for Vector, offer a myriad set of questions that play off against this natural standard. Themes within the show are varied, from the historical to the surreal, from representational imagery to works that teeter on the cusp of abstraction. The exhibition offers a great introduction to the diversity of approaches in contemporary visual art.

The Exhibition is made possible with the support of Cultúrlann Sweeney & Clare Arts Office. It is produced by The Artists’ Resource Room, an initiative intended to support dialogues on the visual arts in Co. Clare.

During this residency in Inis Oirr in April 2015 with the GUAC members my major concern was the place, being in the place, walking the land and allowing the arch of time to speak. I placed pinhole cameras on various places for the duration of my time being there. Pinhole camera photography also called solargraphy documents time and the writing of the sun over time, connecting with ancient knowledges that may have contemporary application.

Here showing the SOLARGRAPHIC OBSERVATIONS from and of Dún Formna, Inis Oirr during the period  9 April – 23 April 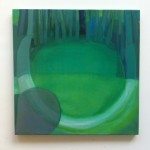 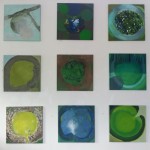 Ringforts can be found throughout rural Ireland. They are mysterious, of another time. Some may have originated just a few centuries ago, others are truly ancient dating back to prehistoric times. Unless they have been archaeologically excavated – which only a small number have been – then we know very little of these places’ original purpose and use. They are generally small areas of high ground encircled by trees and shrubbery which offer a good vantage point of the surrounding area. They are peaceful places seldom visited by the general public yet, to the spiritually and historically inquisitive, they can evoke feelings of ‘other’ energies, of spiritual significance. Such feelings could be said to represent the artist’s muse.

This series of paintings of ringforts, particularly those painted on site, are no more than skeletal glimpses, snapshots or ‘sketches’ of the energies or spiritual feelings aroused by the artist’s visits to these places. Do you feel what I feel? Can you see what I see? What do you see and feel?

Trudi is based in Co Clare and shows her work internationally.

In 2010 she had a solo exhibition ‘BOG’ in the Courthouse Gallery, Ennistymon and ‘Lure of the Bog’ in Glor, Ennis. In 2011 she did a live-performance ‘The Land beneath the Waves’ at the Iniscealtra Arts festival, Mountshannon and she devised and directed the art and culture festival ‘The Power of Local’ in Ennistymon. In September 2012 she had a solo exhibition ‘Songlines’ in Punt WG, a project space in Amsterdam. In 2015 she participated in ‘Dwelling in Time’, GUAC exhibition in Red Couch Space Courthouse Gallery, Ennistymon and co-curated ‘SIFT’: Contemporary Painting Project, Institute, Enniscorthy, Wexford Fringe Festival with John Busher. In 2016 she participated in group show ‘Vector’, Culturlann Sweeney, Kilkee and in 2017 she had a work selected for the ’136 Annual Exhibition’ of the Royal Ulster Academy, Ulster Museum, Belfast. From 2009 -2016 she was curator / co-ordinator of the Courthouse Gallery in Ennistymon, Co. Clare, Ireland.