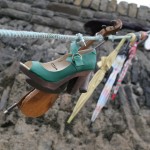 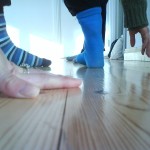 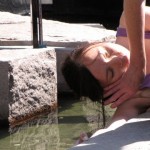 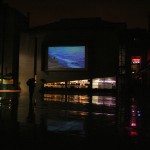 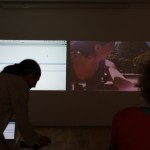 Collins’ work explores an interest in the tangibility of life forms, objects, places and ideas, and how they can resist their absorption into the elusiveness of the connections they evoke, in effect keeping their potentials to generate further connections. Recent  works have taken the form of installations; photo works sound pieces and movement  works often being time based and site specific.

An interest in meeting places and connections has lead her to work in collaboration with dancers, other artists and the public in participatory artworks, local community (groups) and trans local artists’ collectives. The 2013 Chairperson of Ground Up  Artists Collective, Collins practice is often informed and formed by her relationships  in the rural. Collins is currently engaged in a community inititives to promote access  to and engagement with the arts in North Clare.

Recent sites of meeting include “The Midnight Court” with Marie Connole, “Site Meetings” with Maria Kerin at Abundance Dance Festival, Sweden, SALT exhibition- Estonia and Transforming Identity Project with Ennistymon Community Hospital. Collins has received funding and residencies such as for “I though I saw the Tuath Dé Danann, but it was me I was looking at… “ Public Artwork project receiving bursary Funding from Ealaíon na Gaeltachta. Maeve Collins resides in Co. Clare.